AEGEUS Executive Search has been established in response to a demonstrated need for high-level executive search and recruitment services on a global basis that are tailored to the specific requirements of our clients, the sectors that they operate in and the positions we are assisting them with.

Too often clients are only offered ‘off-the-shelf’ solutions by search and recruitment firms that are constructed around the processes, structures and existing frameworks of the search firm, not those of the client or the particular assignment.

The model we have adopted at AEGEUS is a tailored service built around the specific requirements and objectives of our client and in each assignment we carry out for them.

The thing we haven’t changed is our total commitment to a sector-leading professional service for both our clients and our candidates based on rigour, transparency, honesty, creativity and a desire to make every appointment a leading example of what is possible for an organisation if the right people are brought in for the right reasons at the right time. 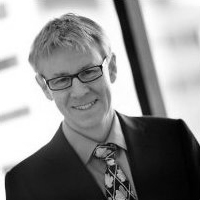 Tony is known for his expertise in the identification, assessment and recruitment of leading candidates with high potential and exceptional cultural fit who make a significant impact on the organisation they join, the sector it operates in and, more broadly, in our society.

In the past seven years he has conducted over 100 assignments across Board, senior executive and academic roles in Education, Arts and Culture, Social Enterprise, Public Sector, and Sports, Leisure and Tourism.

In sports and major events he has worked with the Australian Grand Prix Corporation on the search for their Director of Marketing and Communications.

He has also undertaken searches in the media and screen sectors for AFTRS, Screen Australia, SBS and the Australian Centre for the Moving Image (ACMI).